Our corporate history started in 1890, but the story really began more than 200 years earlier. It was the ignition of what eventually became an international mining and minerals group.

According to legend, the history of iron ore and LKAB started with a squirrel hunt outside the village Masugnsbyn, 89 km southeast of Svappavaara. The year was 1642 when farmer Lasun Lassi (Lars Larsson in modern Swedish) found a peculiar piece of black rock there.

He brought the stone to merchants in Torneå in Finland, which was then a part of Sweden. It turned out to be a piece of iron ore. The discovery was reported to the Lord High Chancellor of Sweden, Axel Oxenstierna. The wheels were set in motion, so to speak.

The forgotten and the unknown

The deposits in Masugnsbyn was not the end of it. Ten years after Lasun Lassi’s discovery, sami Uulan Tolkki found copper and reported it to Abraham Momma, the owner of the nearby Kengis mill. These two deposits became the backbone of Kengis mill, that was then the world’s northernmost mill.

The same Momma later discovered iron ore deposits in Gällivare, but those were somehow forgotten. It was not until 1740 that the extraction actually started, after the find was first rediscovered by a farmer in the 1690:s and eventually claimed by lieutenant Carl Thingwall in 1735.

Not all parts of this story is fully known. An example of this is our knowledge about the history of iron ore in Luossavaara (Kiruna). The discovery of this deposit is attributed to Sami Amund Amundson Mangi, who informed the state about it and the location in 1736 in exchange for 100 riksdaler (the Swedish currency at the time) and life-long tax exemption.

1696
The first documented mention of iron ore in Luossavaara.

However, the first mention of the iron ore from Luossavaara was made as early as 1696 in a letter signed by Samual Mört of the Kengis mill. By then, it is widely believed – but not proven – that iron ore from there had already been mined and transported to either Kengis or Masugnsbyn by reindeer.

This came to be the beginning of mining in North Sweden and an important part of our history. The mining industry in northern Sweden grew – and changed ownership several times over the following centuries. It also lead to the foundation of Luossavaara-Kiirunavaara AB (LKAB) on December 18, 1890.

The rise of Luossavaara-Kiirunavaara AB

LKAB was a result of an initiative by Robert Schough, who had claimed some deposits in Kiruna. One of his partners was K.A. Wallenberg, who was then the CEO of Stockholms enskilda bank (now a part of SEB) and later went on to become a member of parliament and secretary of state.

However, Schough and Wallenberg sold their stake just three years later, because of the amount of investments and lack of incomes for the first years. The buyer was Aktiebolaget Gellivare Malmfalt.

LKAB arose to become an important cog in the Swedish industrial development and exports business. One of the receipes for success was, and still is, effective transports. Back then, it helped us grow at a fast pace, which in turn financed the continued development of our mines and business.

And just like today, trains played a leading role. Two years before LKAB was founded, on March 12 in 1888, the first ore train from Malmberget arrived at the newly established ore harbour in Luleå. Fourteen years later, in 1902, LKAB’s entire mining operation was linked by rail from Luleå in the south to Narvik in the north.

In 1898, Hjalmar Lundbohm was employed as the site manager for LKAB. Lundbohm was a geologist born in Färgelanda, on the west coast of Sweden. He ended up in the north through an initial assignment to investigate if the apatite in the region could be used to produce chemical fertilizers.

He eventually become the company’s first managing director and the founder of the town of Kiruna, which was built as a so called model company town. In hindsight, he is maybe most known for his engagement in the development of the city.

Lundbohm was passionate about everything from building the brand Kiruna to making sure that the city was built to protect people from the sometimes harsh weather conditions and to ensure the social constructs. His stamp on LKAB and Kiruna is ever present.

Until his retirement in 1920, Lundbohm was a driving force behind the development of both LKAB and the entire region. After his retirement, he moved to Stockholm where he passed away in 1926. The same year he was buried next to the church in Kiruna – to this day the only grave in the yard.

From the end of World War 2 and up until the 1960:s, things were moving rapidly at LKAB. Production records were broken and in the rearview mirror it is especially impressive to see the rate of expansion and changes that were made during this period.

One of the biggest historical steps of LKAB was taken at this junction. In 1952, we decided to go underground in Kiruna. By then, Malmberget (Gällivare) already was there. Today, this is one of the signatures of LKAB, and Kiirunavaara and Malmberget has grown to become the world’s two largest iron ore mines underground.

Our underground operations has also become a true driver for innovation. To compete with the much more common mines above ground, we have had to continually innovate and invent solutions for our unique conditions.

From private to state-owned

1957 marks the year when the Swedish state took over ownership of LKAB from Trafikaktiebolaget Grängesberg-Oxelösund. They had already been part-owners for 50 years, which included the rights to buy the shares of the so called Grängesbolaget from 1932 and onwards. In 1976, the state became our sole owner.

The new ownership continued pushing on. In 1965, there were several inaugurations that really took the operations to another level: a new harbour in Luleå, the mine in Svappavaara, and two brand new pelletising plants in Svappavaara and Kiruna.

Following the miners’ strike in 1969, changes to our working conditions were also made. After an almost two month long strike, the negotiations resulted in several improvements. For example, piece rates was abandoned for monthly salaries and the time study system (UMS) discarded. But there were also other noticable differences, like improved collaboration between miners and managers.

Through hard times and good

During the upcoming decades, there were both good and very hard times as we moved through recessions and booms. In the beginning of the 1980:s, we were at an all time low, eventually landing in a reconstruction that cost many employees their jobs.

In this time of crisis, we decided to put more emphasis on quality products. Research and development efforts were made in cooperation with institutions like Luleå university of Technology and The Royal Instutute of Technology. This was combined with large investments and turned out to be the right way to go.

It set the final pieces in place for what is the LKAB of today – a well-rooted but modern industrial company where academic research continually supports cutting-edge innovations. It has formed the foundation that supports our ongoing transformation towards decarbonisation.

1890
LKAB was founded in 1890 with operations in what later became Kiruna
12
We now have operations in 12 countries around the world
4500
On average, we are currently 4500 employees in the group

It was during this period of our history that LKAB:s operations also started to expand in new ways. Subsidiary LKAB Kimit was founded in 1975 to manifacture and sell explosives. That came to be the starting point for an expansion that has transformed LKAB to an international mining and minerals group.

Fast forward to today, and we now have a number of subsidiaries selling and renting diverse products and services like minerals, steel and rock works, drilling systems and properties. We have operations in no less than 12 countries including Great Britain, the Netherlands, Germany, USA and China.

To top it off, since 2004 we are also working with the urban transformation of both Kiruna and Gällivare. It includes infrastructure, buildings and of course a lot of urban planning and cooperation with others involved in this process.

Next step – the transformation of industries

From the outset, LKAB worked consciously to be at the forefront of innovation and development. This has remained a part of our DNA, and fuels our operations to this day.

Our new strategy sets a high standard, taking the lead in the transformation of our industries is by no means anything we take lightly. As we continue this endeavour, it is important to us to keep learning and developing both skills and awareness, as a collective and as individuals.

As we set out to realise the transformation of our industries, we are eager to continue this journey together. We can succeed if we work as one, internally and with everyone around us. When we succeed, our carbon-dioxide free iron, rare earth minerals and other sustainable products and services can set the foundation for many other industries to go zero-pollution. 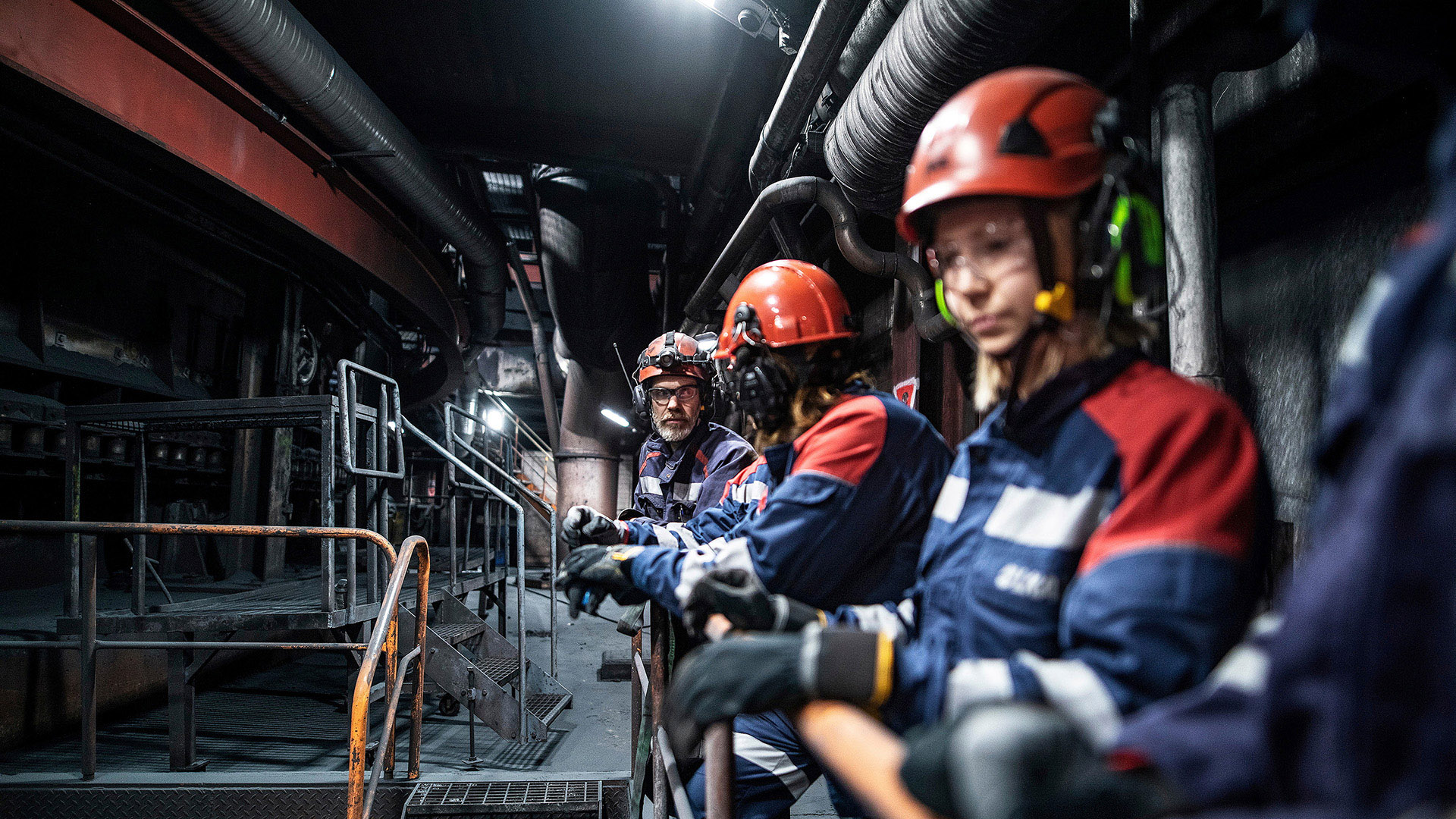 Most of us still live in Swedish Lapland, where we were first rooted. Overall, you can find us in 12 countries and we have the world as our workplace. 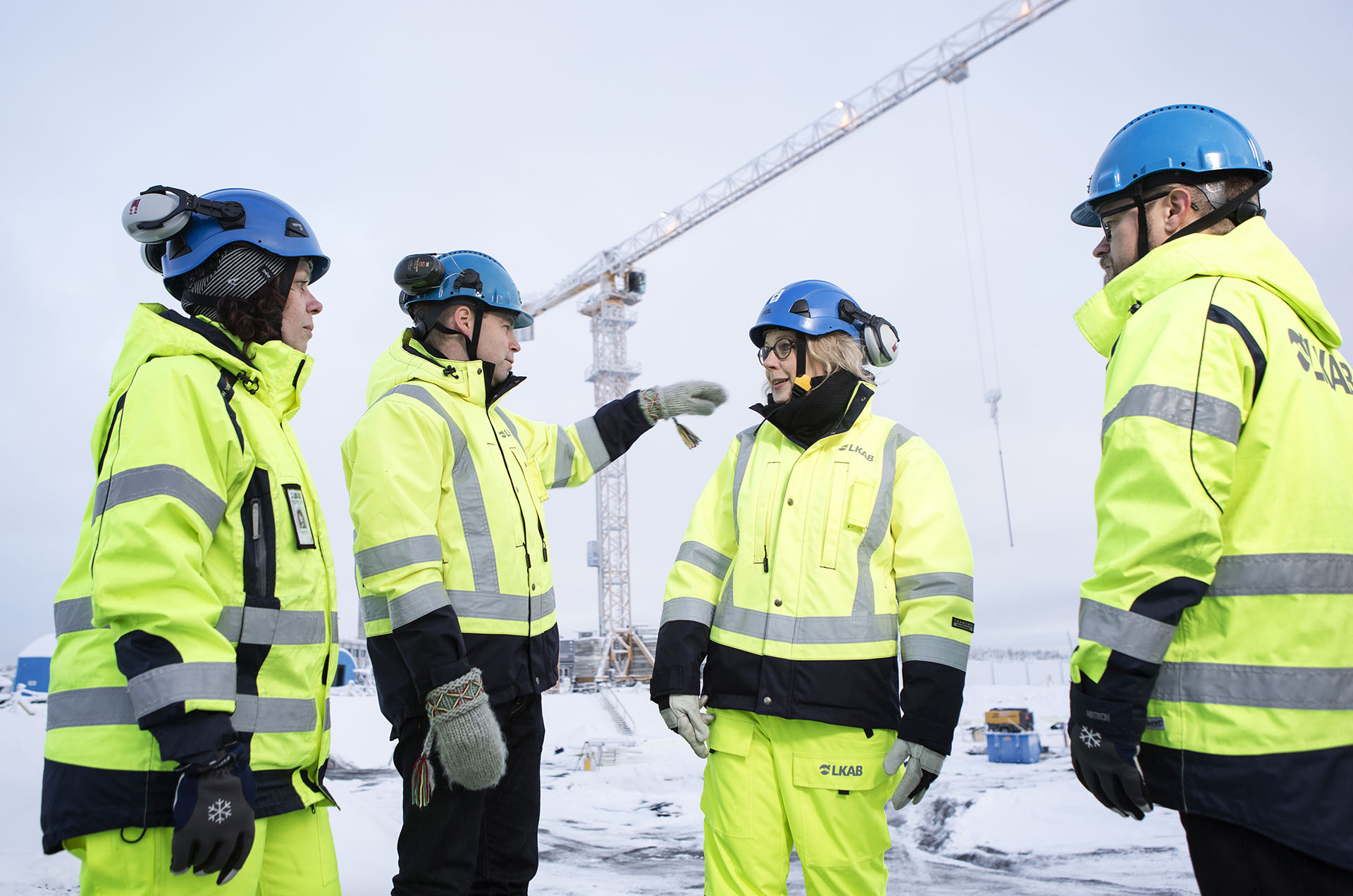 What we believe in

Through diversity and an inclusive culture, we create more innovative solutions and better, climate-efficient products. 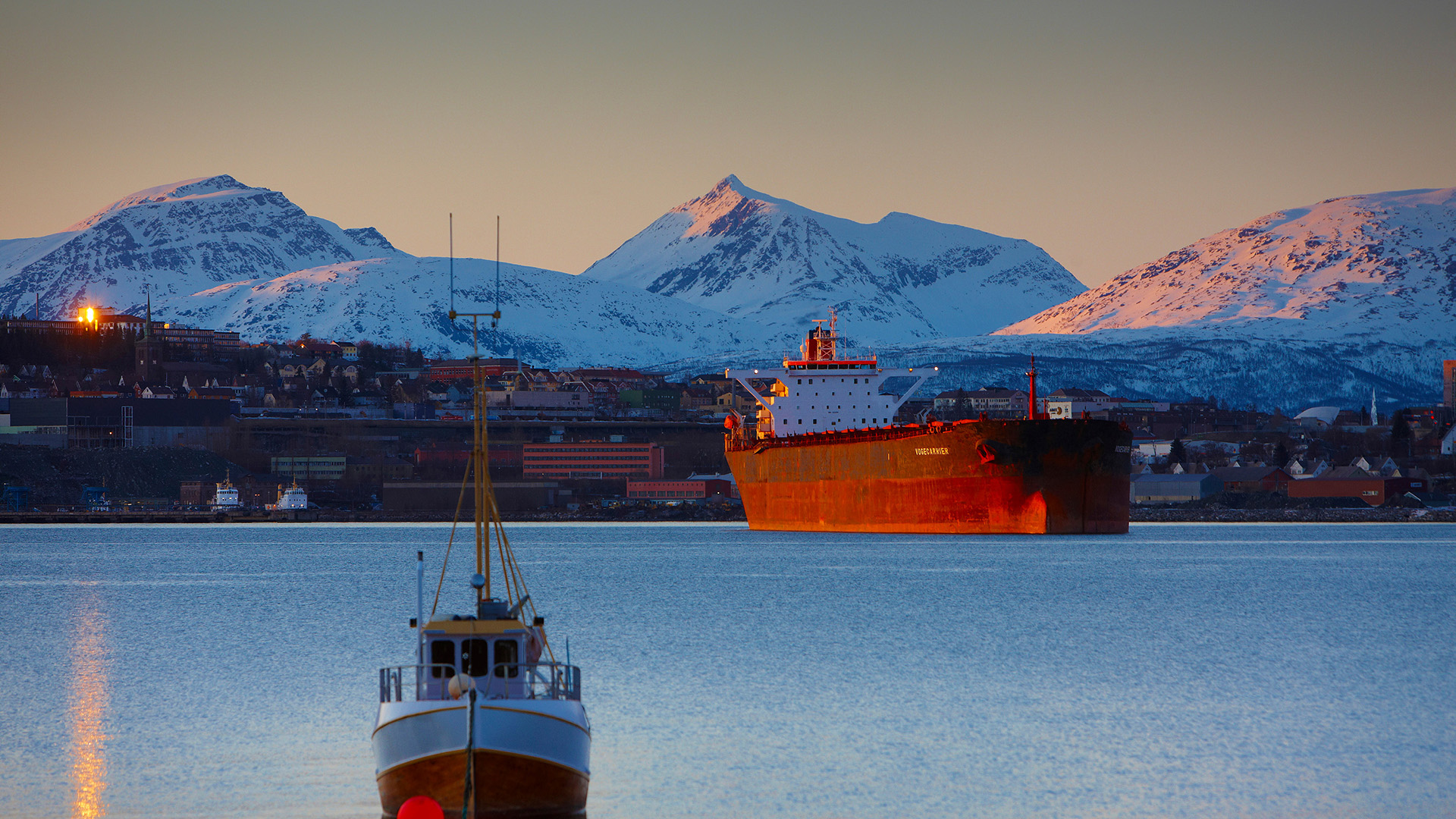 From mine to port

Iron ore is our core product, which is mined in Northern Sweden and shipped out to the rest of the world from Narvik and Luleå.

Mining underground consists of many different stages, one of them blasting. Blasting produces effects that can somtimes be felt on ...

LKAB has identified significant deposits of rare earth elements in the Kiruna area, metals which are essential for, among other ...