Sweden leads the way in fighting climate change, as exemplified by LKAB, a Swedish iron ore producer that has cut down on the emissions of greenhouse gases. Yet LKAB– that produces most of the ore that is mined in Europe – has found its efforts undercut by the EU Emissions Trading Scheme (ETS).

Luossavaara-Kiirunavaara AB (LKAB) is an international high-tech mining and mineral group that mines and processes iron ore in Sweden for the global steel market. Nearly ninety percent of the iron ore produced in Europe comes from LKAB’s mines. Founded in 1890, LKAB is one of Sweden’s oldest industrial companies and is wholly owned by the Swedish state.

LKAB is one of the most innovative, resource-efficient and responsible mining companies. However, the world’s most advanced and climate-efficient iron ore pellets producer has been discouraged by the EU ETS, which has hampered the decarbonisation of the steel sector in Europe and it is contrary to the EU Green Deal objectives.

On our way to carbon neutrality

Sweden and LKAB are both on their way to carbon neutrality. Sweden has passed legislation that legally binds the country to reach net-zero emissions by the year 2045 and LKAB is committed to the same objective.

LKAB has what it takes to reach this objective. It mines magnetite iron ore, which requires far less energy to transform it into steel than the hematite iron ore that is the main iron ore found elsewhere in the world. It has moved from producing a type of iron ore sinter, an input for steel making, to iron ore pellets, which are far more efficient iron ore balls. A study by the consultant Ecofys (now Guidehouse) found LKAB iron ore pellets enable the production of iron with fourteen percent less direct carbon dioxide emissions than EU mean value emissions.

LKAB’s path to decarbonisation until now

LKAB has already come a long way in its efforts to decarbonise. In the 1960’s, LKAB’s production, like the rest of the iron ore industry, was based on sinter with a shaft furnace that accounted for 192kg C02 emission per tonne. LKAB has since invested enormously in optimization of its processes and energy efficiency in order to bring its emissions to 31kg CO2 per tonne in 2013. Unfortunately, the rest of the industry has not yet made these optimizations and is lagging behind, with its emissions still similar to the levels of 1960’s.

Besides its main pelletisation activities, LKAB has other innovative projects that will aid the EU’s decarbonisation agenda and contribute to reaching the Paris Agreement goals.

LKAB’s way ahead to decarbonisation

LKAB is together with SSAB and Vattenfall working on a breakthrough project, HYBRIT, that aims to produce the first fossil free steel to the market in 2026. This can only be achieved by replacing coal with hydrogen and exclusively using LKAB’s climate efficient pellets as feedstock. The project could potentially bring huge gains in terms of emissions reduction, with an estimated reduction of ten percent in Sweden and seven percent in Finland overall.

Moreover, LKAB has initiated an industrial development project, Sustainable Underground Mining, in order to set a new world standard for sustainable mining at great depths. LKAB envisions mines of the future being CO2-free, digitalised and autonomous.

However, LKAB also goes beyond iron ore mining. LKAB is developing the REEMAP project, an innovative technology for upgrading mine waste from iron ore production. This could result in LKAB producing phosphorus and rare earth metals, which in the EU are classified as strategic minerals that are of particular importance to the industry.

LKAB’s activities are essential for the EU to warrant that it does not depend on foreign states for steelmaking and are therefore a good fit with the expected policy initiatives under the EU Green Deal. Securing reliable and unhindered access to raw materials is important for the EU, with security of supply from EU sources as a key pillar in line with the upcoming Circular Economy Action Plan and the EU Industrial Strategy.

LKAB is also dedicated to delivering on the circular economy and is therefore  also in the business to recycle blast furnace slag from the steel industry for production of Ground Granulated Blast Furnace Slag (GGBS), a sustainable product that can replace seventy percent of Portland Cement in concrete mix, thereby delivering decreased CO2 emissions.

Last but not least, LKAB is committed to the social development of rural areas. LKAB is the main employer in the towns where the mines are, in the northernmost part of Sweden. The company has had an active role in building key infrastructure projects there, positively transforming the region.

In short, LKAB’s environmental and sustainability actions are fully in line with the EU Green Deal by the European Commission, which proposes ways on advancing the new green economy while being climate neutral by 2050. Reduction of iron and steel emissions, which account for around five percent of the emissions in the EU, plays a crucial role in this EU decarbonization strategy. To ensure transition to a carbon-neutral economy in line with the EU Green Deal, the EU should support sustainable players and clean steel breakthrough technologies, which drive growth and decarbonisation. The HYBRIT project is a frontrunner and one of the most promising projects to cut emissions in the steel sector.

Decarbonisation of the iron ore and steel sector places LKAB at the center of Sweden’s Climate and Energy National Plan. Sweden has one of the most ambitious climate targets in Europe: a legally binding goal to achieve net-zero emissions by 2045. The country plans to slash emissions by a minimum of eighty five percent compared to 1990 levels.

What is more, LKAB’s example could help the EU in the design of a holistic Industrial Strategy, taking into account a low-carbon transformation of the iron ore and steel industry and unlocking the potential for a competitive European industry. Strategic technologies and value chains in the EU could drive change across all sectors and help solve major environmental and societal challenges.

In order to take full advantage of LKAB’s innovative and sustainable production, it is imperative for the EU to have a functioning EU Emissions Trading System (ETS). Since the primary objective of the EU ETS is to promote innovative and clean low-carbon technologies cost-effectively, it should provide incentives for the use of pellets, which are more efficient and environmentally friendly than sinter.

The EU ETS benchmarks are based on ten percent of producers that had the cleanest, least-polluting facilities in each sector, which serve as the starting point for setting standards. These benchmarks play a key role in providing incentives to industry to decarbonise. Despite being substitutes to sinter, LKAB’s pellets installations are prevented from entering the sinter benchmark. This distorts a level playing field in the EU, is unlawful, not in line with the EU Green Deal goals, and undercuts the EU’s ambition to reach the Paris Agreement goals.

By overcompensating the European steel industry, the competitiveness of those who have invested heavily in climate efficiency is deteriorating. The overcompensation also means that the investments in fossil-free steel – the HYBRIT project – gets a worse competitive position than the carbon dioxide-intensive traditional steel industry.

LKAB therefore advocates for the inclusion of pellets in the sinter benchmark so that it can compete fairly against others. This in turn will lead to more use of innovative products that cut greenhouse gas emissions. 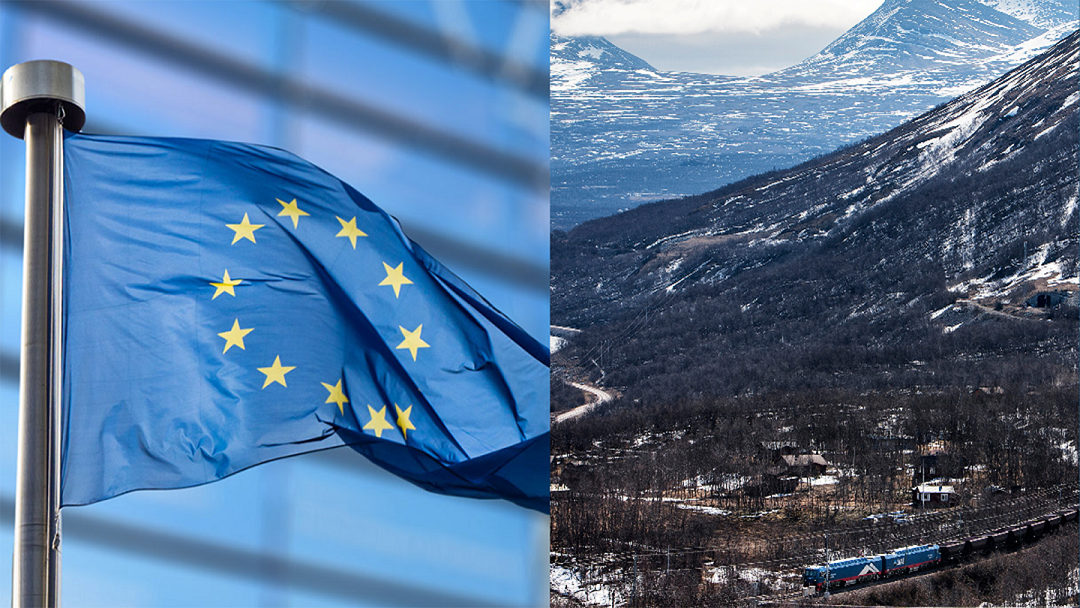